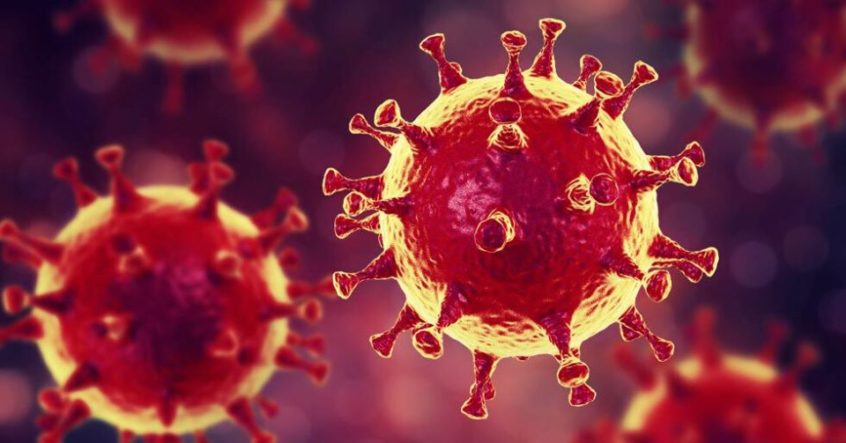 An IPS Commentary
By Mike Winther, President of the Institute for Principle Studies

Crisis, Economics and the Compromise of Principle

As I write this, the world is in the middle of the Covid-19 epidemic and Congress has just passed an economic relief bill with an advertised price tag of about 2.2 trillion dollars.  This is an amount roughly equal to 10% of our 22 trillion dollar federal debt.  This debt took 185 years to accumulate and now we are increasing it by 10% in one nearly unanimous congressional vote. In addition, the Federal Reserve is pumping vast amounts of liquidity (cash) into the market. As if that was not significant enough, it is quite likely that more bills and more government expenditures are on the way.

Almost every corner of our culture has been convinced that this unconstitutional largesse is necessary—and apparently permissible.  Even the well-known “conservative” talk show hosts are applauding these expenditures.  They say that the severity of the crisis demands that we temporarily set aside our principles and seek a practical solution to treat such a severe problem.  Why are these supposed Constitutionalists and fiscal conservatives so quick to abandon their principles?  Why are they supporting measures that expand debt, cause inflation and redistribute wealth?

The reason is that principle tends to give way to practicality when a problem seems big enough.  Even the most honest of men is tempted to steal bread when his hunger becomes severe.  And it appears that even fiscal conservatives and constitutionalists may be willing to steal some bread, if not for their own hunger, for the hunger of others.  The compassionate motives here may be commendable, but are these policies right?  Are they necessary?

Of course, anyone who might oppose this cascade of cash is portrayed as cruel or insensitive.  Certainly, I would be the first to recognize that the partial shutdown of our economy places a tremendous hardship on tens of millions of Americans.  Surely, we can’t expect the free market and a government restrained by its Constitution to be able to handle such a cataclysmic event.  …Should we?

This brings me to the key question of the day:

Should a modern economy be able to cope with a crisis like this without government help?  What factors reduce the ability of businesses and households to withstand any economic downturn—including this one?

We can gain a better understanding of this issue if we look at history.  While our nation’s debt levels have varied depending on our economy’s booms and busts, the big-picture, historical view of our debt is striking.  When we study the American economy over the past 75 years, we discover that business and household debt has grown substantially over this time. Household debt in America has gone from almost zero in the 1950’s to about $14 trillion (14,000,000,000,000) today.

Some argue that this debt surge is the natural result of consumers purchasing new and expensive appliances and technology.  The data, however, does not support this conclusion.  After World War II (1945 and later), millions of returning soldiers bought homes and millions of Americans were purchasing cars, washing machines, vacuum cleaners, etc.  After a decade of post-war spending on these high-ticket consumer items, household debt was minimal.  This is because very little of this consumer blitzkrieg was funded with debt.

What, then, is responsible for the onslaught of so much debt today?  Very few social problems have one single cause and certainly there are multiple reasons for our debt-ridden society.  But I would argue that the most significant cause of our debt cycle can be attributed to our nation’s monetary policy.  The Keynesian philosophy of economics has dominated our nation (and the western world) for most of a century.  This philosophy advocates that the government and the independent, but congressionally created, Federal Reserve Bank should manage and control the economy.  This central control of our economy has increased gradually, but steadily, since 1913.

One of the effects (in fact, often one of the goals) of the Keynesian economic model is inflation.  But inflation, at any level, discourages savings.  Savings makes no sense if low-risk savings options pay three to five percent interest when inflation is at 6%.  In this environment, the saver’s money is losing value each and every year. Although a few people will still save, most will choose to spend their money before it loses more value.  Inflation is always a disincentive to savings.

Time and space do not allow me to discuss the multitude of other ways that our nation’s monetary and fiscal policies reduce savings and increase debt, but the point is clear that our government policies have made debt attractive and savings very unattractive.

As a family’s tax burden increases, their ability to save will decrease.  Even households of modest income are paying considerably more tax than they know.  Households with moderate earnings are often paying well over 50% of their income in taxes of various forms.  (Most of America’s tax load does not show on their pay-stub.  Our nation has become very accomplished at hiding much of our tax burden.)  Income tax, social security tax, and Medicare tax are obvious on our paychecks, but property taxes, sales taxes, use taxes and a whole host of other hidden taxes have significant impact on the family budget and are not disclosed on the pay-stub.

For those who don’t have savings, it is good for our society to have some “safety nets” to meet basic needs.  The question is who should provide these safety nets, government or voluntary charity?  Voluntary charities abound in our nation, but they have been hampered by many of our government policies.

High taxation and inflation diminish both the ability and willingness of people to give to private charities.

The Lessening of a Crisis

Imagine how different this current crisis would be if businesses and households were not saddled with massive debt. Imagine the difference that a modest household savings rate would make.

The renter who has no debt and a few months of savings could easily live and pay their rent for a few months during an economic interruption—even if they lose their job or income.  The landlord who has no mortgage is in a better position to survive if he loses a few months of rent.  During a total quarantine, the debt-free airline could cease operations, furlough employees and survive without a government bailout.

My reader may say,

“Yes, but even without these bad government incentives, some companies and some households may still be carrying significant debt, these entities will still not survive an economic crisis without aid”.

I would grant this argument, but only partially.  It is clear that the vulnerability of any business or household is proportional to its debt to savings ratio.  If greater numbers of businesses and households have financial stability, the impacts of any downturn are reduced proportionately.

If we had this kind of world, we could easily imagine the following:  1. Government bailouts would not be necessary; 2. People would be far more willing to voluntarily shelter in place during an epidemic because they know that they can financially survive a short-term economic shutdown.

Unfortunately, our government policies for over a century have created an environment that substantially hampers the ability of our economy to endure unforeseen interruptions.  These government bailouts are interventions into the natural, unmanaged operation of a free society.  These “unnatural” interventions have many costs, including loss of liberty and loss of economic well-being.

Underlying this (and most public policy issues) is the debate over the effectiveness of the free market.  Can the free market best address our world’s challenges or do we “need” government to act in the economy? Those who advocate for big government are quick to point out the apparent shortcomings of the free market, but they usually fail to notice that the supposed free market failure was often the result of some earlier government intervention. A free market economy does not necessarily eliminate all hardships, but a true free market with a properly functioning (and limited) government is always the best way to minimize any hardship.

Once Again, Principle Surrenders to Practicality

In our economic response to the Covid-19 virus, principle has truly given way to practicality. In this crisis, the practical argument has become so powerful because of our lack of savings and staggering debt.  Previous generations of Americans gave us these problems when they abandoned Constitutional and free market principles and allowed Keynesian inspired intervention into our economy. Our current actions are now sowing the seeds of the next (and greater) crisis.  Each violation of principle produces an undesirable practical outcome and that outcome becomes the practical argument for the next violation of principle.

Michael R. Winther, Political Scientist and Lecturer on moral principles of government and economics, is President of the Institute for Principle Studies (IPS), a California-based Christian research and educational institute dedicated to making the Biblical case for the proper role of government.