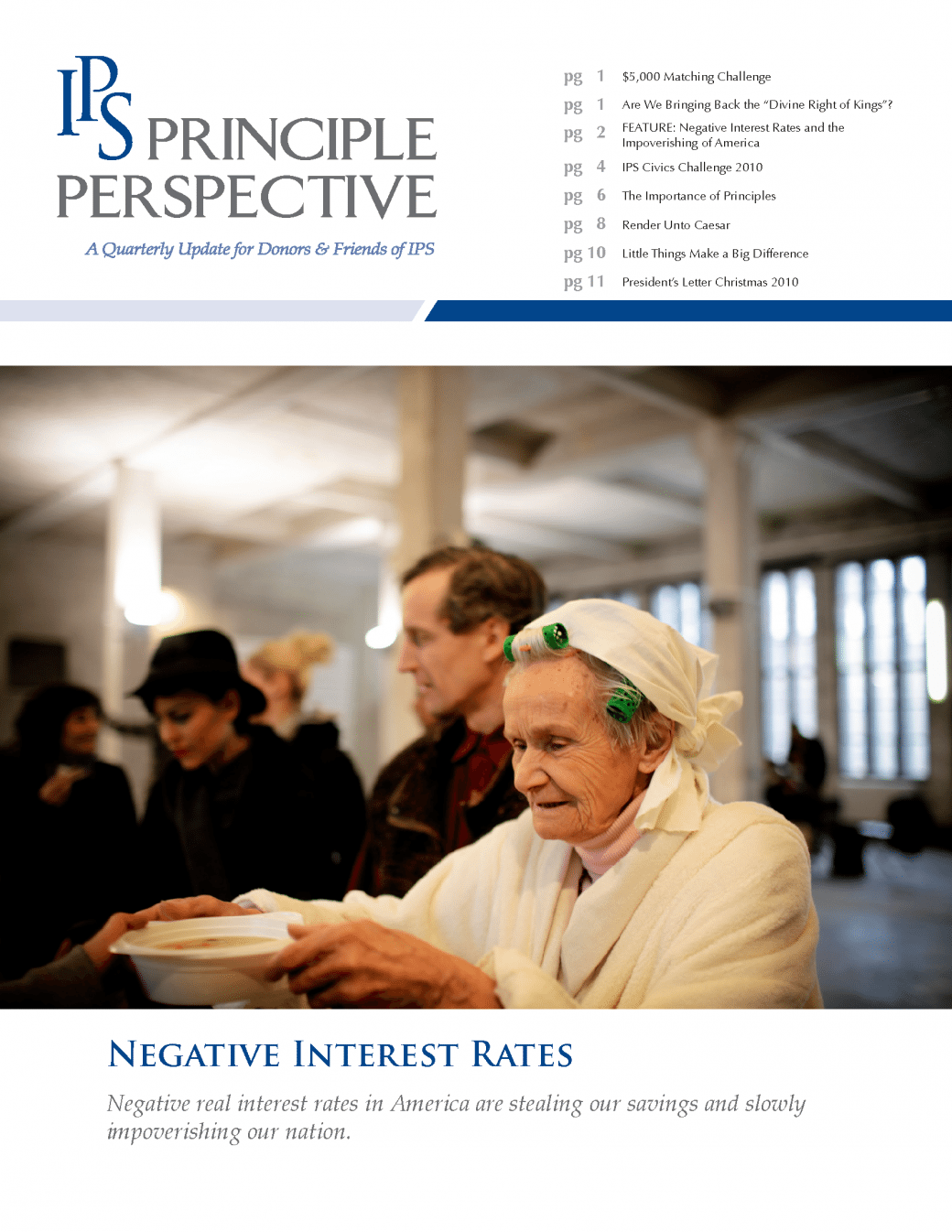 If you have seen bank advertisements for CD rates, or if you have called your local bank or broker lately, you know that interest rates are abysmal. As I write this, Ally Bank is touting their 2-year certificate of deposit at a rate of 1.78%—I guess that is supposed to be a good deal these days.

Many economists believe (and I concur) that the CPI significantly understates the real rate of price increases in America. In fact, it is designed to do so. But even with the government’s low CPI numbers, interest rates are still negative. Depending on whose numbers you believe, the real interest rate in America is somewhere between -1.25% and -7.00%.

Negative real interest rates hurt all savers, but these rates are especially damaging to the elderly and those on fixed incomes.