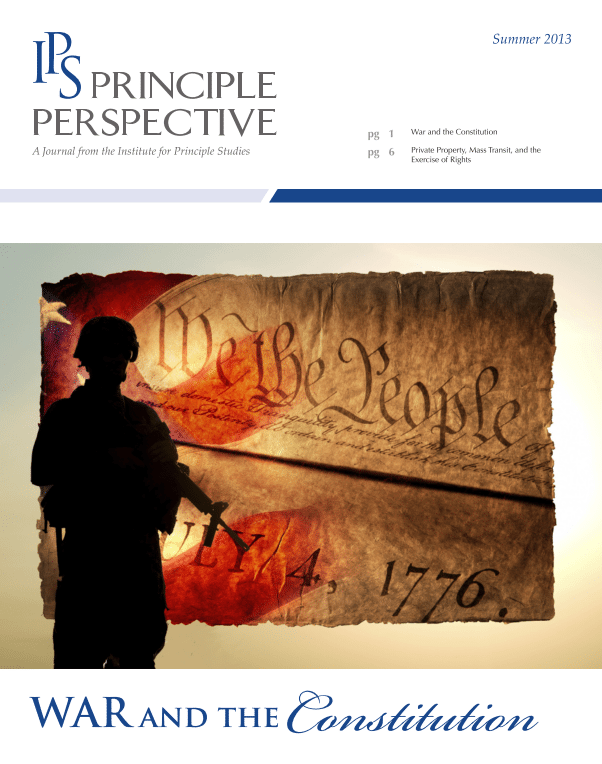 War and the Constitution

Much of our current constitutional confusion stems from our failure to understand the important distinction between declaring war and managing war. Some assume that the President, as commander-in-chief of the military, has the power to decide when to go to war, but this is not the case. Our Founding Fathers believed strongly in the separation of powers, and it should not surprise us that they applied this standard to matters of war. They wisely placed the decision about whether or not to go to war into different hands than those that might manage or prosecute the war, should it occur.