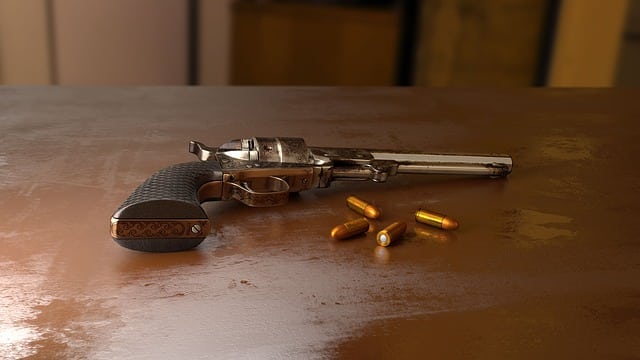 169 Million Reasons NOT to Ban Guns

In 1994, University of Hawaii Professor R.J. Rummel published an important scholarly work entitled, “Death By Government.”  This 400+ page work is a thorough treatment of his research on one category of death—what he calls democide.  Democide is defined as “the murder of any person or people by their government, including genocide, politicide and mass murder.”

The astonishing conclusion of his work?  In the 20th century, just over 169 million people were killed by their own governments.  These are not deaths from disease, nor are they deaths from war.  These are governments murdering their own people usually because of their religion, their race, or their political thought. Equally noteworthy is that, as a general rule, these victims had no effective weapons of self defense.

Could private gun ownership have prevented these deaths?  It would be difficult to deny that a well-armed citizenry would have reduced this number substantially.  Also, it would be highly unlikely that a well-armed population would allow its government to execute tens of millions of its fellow citizens without substantial opposition.

Those who desire to remove guns from our citizens make their case based on a few hundred deaths a year.  (Of course even a 100% ban on guns won’t prevent all of these deaths.)  Those who favor gun ownership need to counter these gun death numbers with numbers of their own: specifically 169,000,000.

The most oppressive forms of tyranny are either the result of an unarmed population or the cause of it.  In either case, those who want to minimize murder should be promoting an armed citizenry. 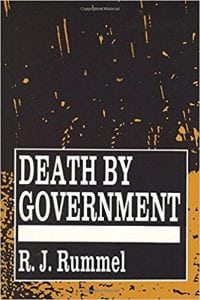 This is R. J. Rummel’s fourth book in a series devoted to genocide and government mass murder, or what he calls democide. He presents the primary results, in tables and figures, as well as a historical sketch of the major cases of democide, those in which one million or more people were killed by a regime. In Death by Government, Rummel does not aim to describe democide itself, but to determine its nature and scope in order to test the theory that democracies are inherently nonviolent.

Rummel discusses genocide in China, Nazi Germany, Japan, Cambodia, Turkey, Yugoslavia, Poland, the Soviet Union, and Pakistan. He also writes about areas of suspected genocide: North Korea, Mexico, and feudal Russia. His results clearly and decisively show that democracies commit less democide than other regimes. The underlying principle is that the less freedom people have, the greater the violence; the more freedom, the less the violence. Thus, as Rummel says, “The problem is power. The solution is democracy. The course of action is to foster freedom.”

Death by Government is a compelling look at the horrors that occur in modern societies. It depicts how democide has been very much a part of human history. Among other examples, the book includes the massacre of Europeans during the Thirty Years’ War, the relatively unknown genocide of the French Revolution, and the slaughtering of American Indians by colonists in the New World. This riveting account is an essential tool for historians, political scientists, and scholars interested in the study of genocide.