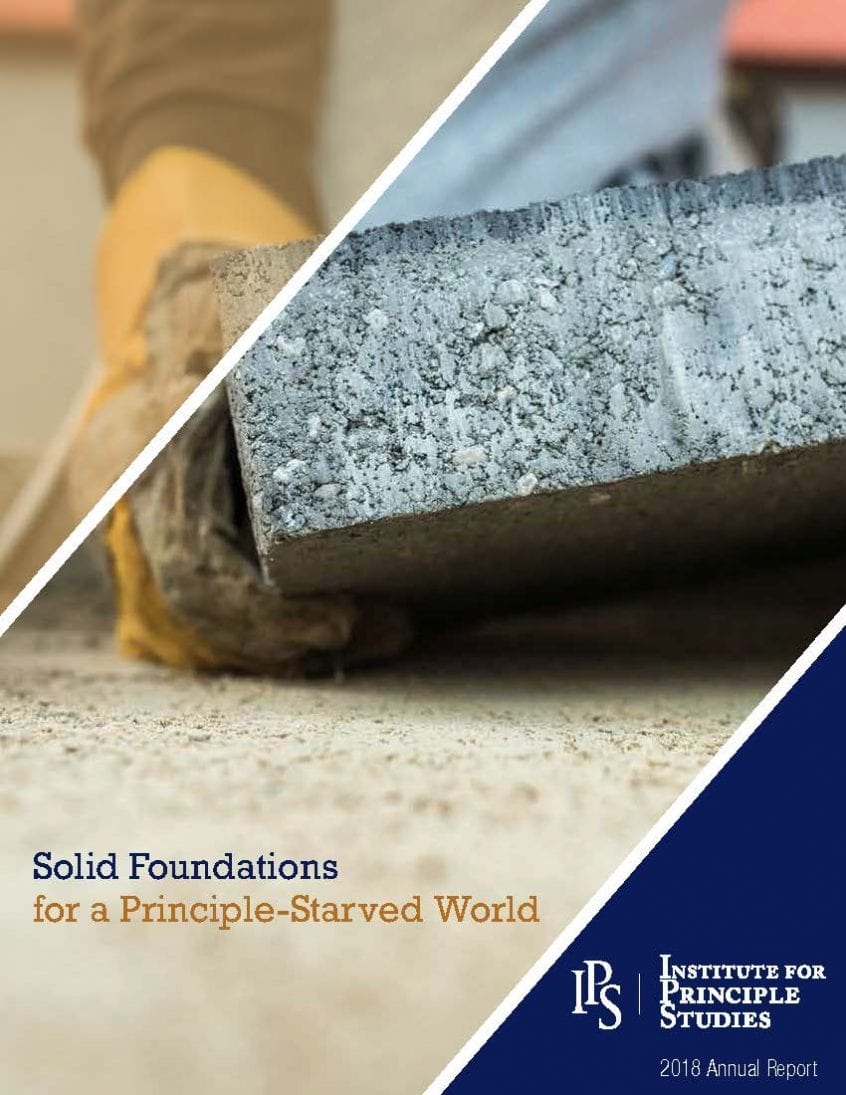 This annual report highlights just a few of our efforts during the past year to clearly present the biblical case for the proper role of government.  To all who contributed to our work, thank you!  We hope you are encouraged by the fruit of our labor.  We believe and expect that we are igniting the candles whose flames will, over the coming decades, enlighten the world.

IPS is counted among that small number of organizations who are advocating for smaller government.  But IPS is very different from these other “free market” groups.  I think it is important to explain why IPS is so unique: